Johannes Vermeer and his paintings 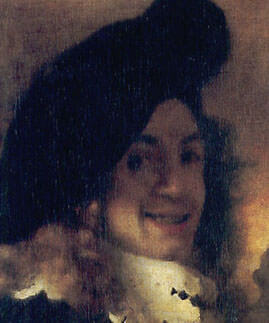 Johannes Vermeer, a renowned Dutch artist during the Golden Age era, made a name for himself from his famous works including the View of Delft and Little Street. Perhaps, these were all because of the fact that he was born in Delft, in the Netherlands. Thus, his inspirations mainly came from where he grew up, which had a major impact on his life and career as a painter. His other famous paintings included Girl with a Pearl Earrring, The Art of Painting, and Women with a Water Jug. These were his popular masterpieces when his style evolved after his experience in being a part of the Delft Painter's Guild in his hometown.

Dedicated to improving his skill, Johannes Vermeer decided to register as a master painter with the Delft Guild, in 1653. Although there were insufficient details in history as to the person whom he received his training from, it was recorded that Vermeer had a long-standing friendship with Leonard Bramer. As for the painting style, scholars believe that Rembrandt was one of the influences of Vermeer, as evident in his paintings during the later years.

In the earlier period of Vermeer's career, his works had some resemblance with Caravaggio's. For instance, Vermeer's 1656 work entitled The Procuress was reminiscent of painting style by Caravaggio. The same held true with other works of Vermeer such as Christ in the House of Mary and Martha, as well as in Diana and Her Companions. These were some of his earlier paintings that revolved around religion and mythology, which also depicted similar styles as other notable artists in his time.

Cross-section of seventeenth-century Dutch society, ranging from the portrayal of a simple milkmaid at work, to the luxury and splendour of rich notables and merchantmen in their roomy houses is a theme that Vermeer always returns to, as artists have always returned to beloved themes - Van Gogh his Sun Flowers, Cezanne his Apples, and Monet his Water Lilies. Eventually, Vermeer discovered his unique style as he went on to painting domestic scenes. These themes began in the late 1650s, specifically in The Milkmaid, which was realistic in essence. This painting featured a woman who was in a domestic setting, and the artist incorporated light that made the artwork appear illuminated. In fact, several of his paintings featured that luminous and brilliant quality in them. In his painting Girl with a Pearl Earring, which he created in 1665, the subject and background both appeared magnified with the artist's unique style of making them appear bright.

Primarily, Johannes Vermeer focused on realistic subjects, as evident in most of his paintings. It is also worth noting that there is nothing extraordinary with the way he interpreted his subjects. Nevertheless, Vermeer's artworks were all rather spectacular and enigmatic. Unlike other artists, he was not focused on making self-portraits. Rather, he was much more interested on painting objects and scenery that allowed viewers to contemplate of these. There was also a lack of any narratives in any of his works since his main purpose was to give people that opportunity to focus on the present moment and let a story evolve in the mind of the viewer.

Dimension and space are also key aspects of Vermeer's works. He excelled in using the color palette in such a way that presented his competency in creating realistic images with a photographic quality. The artist was able to achieve all of these with the mere use of his paint brush and choice of the right colors to highlight his works.

Johannes Vermeer was a master of incorporating shadow and light to his works. He was able to achieve this style by using the camera obscura. This is a kind of tool that is made of a box, which came with a hole and equipped with a lens inside it. Moreover, the interior portion of the box was painted in white, and the mirrors and lenses inside it made it possible for images outside it to receive their reflection. As a result, the reflection's shadows and light are intensified, and this gave the artist a better concept of the depth of these elements on the surface of the subject.

Johannes Vermeer utilized this style with several of his works. It is particularly visible in his later paintings such as The Lacemaker and Girl with the Red Hat. The depiction of light and shadow, including the artist's ability to make his subjects come to life were rather impressive to the eyes of the viewer.

The artist's use of the camera obsucra also provided a unique effect on the surfaces of objects. There were highlights included on his subjects, and it is also worth noting that some stark or dimmed conditions of the light made the effect appear intensified with the use of the mirrors and lenses in the camera.

With the help of the special contraption in the camera, shadows lines tend to appear at a much bolder and harsher quality. These were all presented by the artist on his paintings when he gave fabrics a unique interpretation. The camera that Johannes Vermeer also used allowed him to capture even the finest detail of his subjects, which was very important each time he tried to paint subjects and make them appear close to the viewer.

Indeed, Johannes Vermeer specialized in capturing his subjects and make them appear as though they were very real. He made it possible to give objects a realistic appeal as he painted them in an objective manner. What he intended was to provide the viewer with that rare and rather three-dimensional view of the subject, which placed them in the present moment of merely admiring the subject in its actual situation. These were only some of his styles that made him popular among his contemporaries, and his breakthrough style in the field of painting and pictorial aesthetics continue to live on until the present time.

During the 17th century, the use of paint colors was not very popular. There were also limitations in the ranges of these colors since they were not available in tubes and jars unlike the present time. The powders needed to be ground up finely before these are mixed with a little amount of water. However, Johannes Vermeer rose above these limitations and gave his artworks a fine quality as he overcame these challenges that painters during his time experienced.

A slow and methodical painter, Johannes Vermeer produced relatively few paintings (35 have been attributed to him) but was a modest celebrity in his hometown of Delft during his lifetime. After he died, he fell into obscurity until the 19th century when he was rediscovered by German art historian Gustav Friedrich Waagen and French journalist and art critic Théophile Thoré-Bürger. Vermeer is now considered one of the three greatest Dutch painters, along with Rembrandt and Vincent van Gogh.

The Girl with a Earl Earring

The Art of Painting

Woman with a Water Jug